The electrons affect the functioning of telecommunications

electrons are an obstacle to an ion trap telecommunications why That Creates the side effect is created GREENHOUSE. 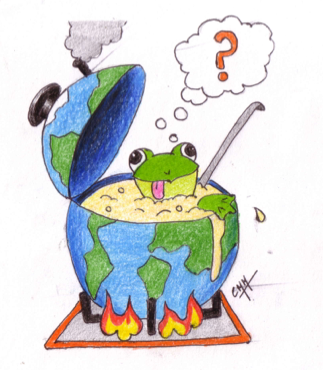 ELECTRONS ARE AN OBSTACLE FOR TELECOMMUNICATIONS.
The greenhouse effect is overheating the Earth is a side effect of NUBE.¿Pero know what is the cloud? The cloud is an "ion trap" that creates a bubble of electrical ions exterior.Los space closed to help the gas ions to conduct electricity so called ionosphere. The ionosphere is the part of the atmosphere between 60 and 600 km altitude in which it has an intense IONIZATION.
Electrons are magical beings that make up molecules, and are constantly mobiendo to balance the system. Brownian mobimiento are the pawns of the cohesion of matter whether physical, liquid or gaseous. They are an OBSTACLE FOR TELECOMMUNICATIONS.
So someone is "ionizing the air space" for the benefit of that MANAGING THE MULTINATIONAL DESTRUCTIVE CAPITALISM with which are killing the human, animal and plant .... Ask for a physical me tell you ... In Paris is will make a conference in 2015 on the environment, I went to a lecture by Tomas Molina, an important personage of meteorology ...
PARIS 2015
http://www.diplomatie.gouv.fr/es/asuntos-globales/desarrollo-sostenible-683/cambio-climatico/francia-mobilizada-para-responder/article/cop-21-conferencia-de-las-partes
The airspace is managed by the Defense and State mayor.que deals with telecommunications, a lawyer explained to me that there is a legal vacuum in this regard because they are created in respect of international treaties AIRSPACE.
The cloud is a system of electromagnetic ropes would explain a quantum physical like us, the management of information in real time quantum entanglement is costing us psychic, psychological and physical health.
"Cloud computing, also known as cloud services, cloud computing, cloud computing or cloud concepts (English cloud computing), is a paradigm that enables the provision of
computer via the Internet. "
https://www.facebook.com/pages/Acoso-electromagnetic-from-homes-vecinales/284695811727227?fref=ts